On December 10th, the IMBIE project results on Greenland ice losses have been published in Nature. This paper by the IMBIE team, co-authored by two isardSAT staff in Catalonia and the UK, shows that Greenland is losing ice seven times faster than in the 1990s and is tracking the Intergovernmental Panel on Climate Change’s high-end climate warming scenario.

This paper has been widely featured in the media. Gorka Moyano declared in El País that “When talking about this rise of some centimeters, what matters are the consequences of sea level rise on global climate”. 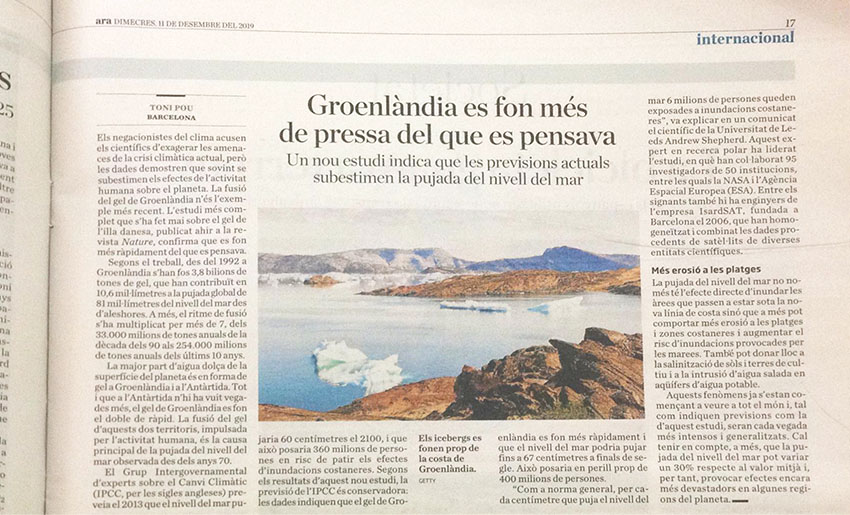